From unzipping genes to DNA contamination, here are some funny DNA jokes and pick up lines.

Here are some DNA jokes for all of us molecular biology and science nerds out there. Explanations are included for the rest of us. Enjoy!

The test on the dress came back inconclusive. Everyone in Arkansas has the same DNA.

Explanation: Monica Lewinsky and Bill Clinton had a secret affair while he was President Of The United States. After an encounter with Clinton, Lewinsky saved a blue dress that had Clinton’s “DNA” on it. Clinton is from Arkansas. Sometimes people joke about people in the south all being related.

Explanation: Many people who have tried DNA testing services like 23andMe and AncestryDNA have gotten surprising results.

Explanation: A DNA copy is an exact copy. Only biological twins and clones have the same DNA.

Pick Up Line: Falling in love with you takes less time than my DNA takes to replicate.

Explanation: DNA testing and evidence have had a dramatic impact on the rate of both current and cold case closures. As a result, criminals now have a much harder time getting away with crimes.

What Does DNA stand For?

Explanation: One of the biggest challenges for forensics investigators and scientists is avoiding DNA contamination.

Pick Up Line: DNA spelled backward is AND, like… me AND you.

Q: What’s do DNA helicase and perverts have in common? A: They both want to unzip your genes #DNAjokes
Click To Tweet

Pick Up Line: Baby, I wish I were DNA Helicase, so I could unzip your genes.

Explanation: A DNA helicase is an enzyme that can “unzip” a strand of DNA down the middle of the helix.

Explanation: A strand of DNA can be “unzipped” with a DNA helicase enzyme.

What did the DNA say to the other DNA? Do these genes make me look fat? #DNAjokes
Click To Tweet

Explanation: The words jeans and genes are homonyms.

“No of course not”, replied his mother. Why would you think such a thing?

Fred showed her his genealogy DNA test results. No match for any of his relatives, and strong matches for a family who lived the other side of the city.

Upset, his mother called her husband. “Honey, Fred has done a DNA test, and… and… I don’t know how to say this… he may not be our son.”

“It was your idea in the first place” her husband continued. “You remember, that first night in the hospital when the baby did nothing but scream and cry and scream and cry. On and on. And you asked me to change him.”

“I picked a good one I reckon. Ever so proud of Fred.”

Explanation: This DNA test joke shows two strips of paper coming out of the printer forming a helix, the same shape of DNA.

Explanation: The spiral shape of this pasta noodle looks similar to a DNA helix.

Q: What do you get when you mix human and goat DNA?

A: Kicked out of the petting zoo.

Explanation: Sorry we’re not explaining this one.

DNA Jokes And Pick Up Lines

How were these DNA jokes and pick up lines? Did we miss one of your favorite jokes about DNA? Post a comment below. And if you know any biology teachers, please share this page with them. Most of these are clean biology jokes (sorry Bill Clinton) that the average teacher would appreciate. 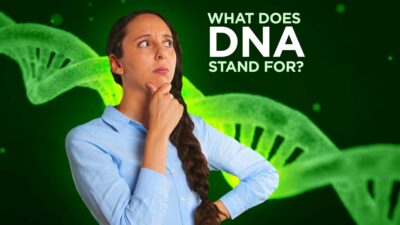 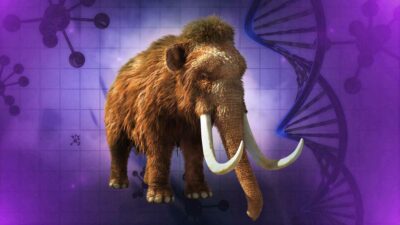 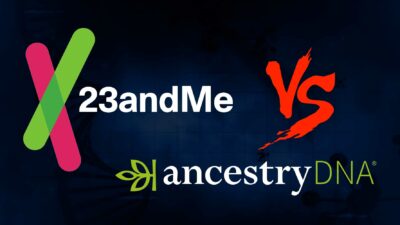 20 Famous People Who Are Members Of The Sleepless Elite
Next Post:4 Cringeworthy But Really Cute Geeky Wedding Proposals