Frank O'Connor knows everything there is to know about "Halo 3," even though the game isn't coming out until 2007. It's hard for him not to, since he already has a copy of the latest version of the game on his Xbox 360. 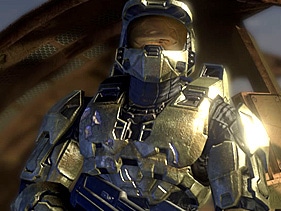 The entire gaming community can’t wait for Microsoft‘s next installment of the best selling game Halo to get released. But some people are handling it better than others. According to MTV News website, Halo 3 developer Frank O’Connor is getting death threats.

Halo 3 doesn’t get released until 2007, but O’Connor already has a test copy of  game for his Xbox 360 at home. Everyone from his friends and family to the staff at his local Starbucks all know he he works at Bungie, the software company under Microsoft that makes Halo. When people push him to talk about the game, he usually replies “What’s a Halo?” Even his wife isn’t privy to Halo 3’s secrets. But part of O’Connor’s employment contract requires his silence. He’s paid to keep quiet.

But serious Halo fans are having trouble keeping their cool. O’Connor get calls regularly from people pretending to be reporters. He also gets death threats. People will send him messages that say things like “I hope you die. If I ever meet you, I will kill you.”

Why are people so focused on O’Connor? He’s the content manager at Bungie, and posts updates about the game’s development every Friday on Bungie’s website.

Hopefully O’Connor can hang in there a little longer. Halo 3 isn’t scheduled to be released until next fall, probably in September.