The most exciting feature of HandBrake 0.9.3 is Universal Input. HandBrake; is no longer limited to converting DVDs. HandBrake will now accept practically any type of video source and convert it to whatever video format you desire

This past weekend, the amazing open-source DVD ripping program HandBrake was updated to version 0.9.3 and a lot of Handbrake users are now both excited and disappointed. Why? The Handbrake team has both added and taken away features.

The most exciting feature of HandBrake 0.9.3 is Universal Input. HandBrake is no longer limited to converting DVDs. Handbrake will now accept practically any type of video source and convert it to whatever video format you desire including Xbox, Apple TV, PS3, iPod, and iPhone. This is great news considering VisualHub, one of the most loved video conversion applications in recent memory, shut down a few months ago.

Some other improvements in Handbrake 0.9.3 include a Linux GUI enhancement, better audio controls, and increased video encoding quality.

DVD Decryption Featured Have Been Removed

So what has everyone so upset at the Handbrake team? For some reason, they decided to remove the DVD decryption feature. That’s right, HandBrake 0.9.3 will no longer natively rip DVDs. Weird right? I wonder if they were getting some pressure from the movie industry. But don’t give up on Handbrake just yet. You can still use Handbrake 0.9.3 to rip DVDs, you just need to install VLC on your machine first.

“We’re not about to stop you from choosing to decrypt DVDs. If you’re on a Mac, and you have VLC 0.9.x installed, you won’t even notice the internal capability’s gone. If you’re on Linux, all you have to do is install a library.” ~ HandBrake News page; Nov 23, 2008

Until you have time to install VLC, you might want to keep a copy of HandBrake 0.9.2 around for ripping DVDs and use the new Handbrake 0.9.3 for converting videos.

Please check out our MethodShop HandBrake tutorial for download links and step-by-step directions. 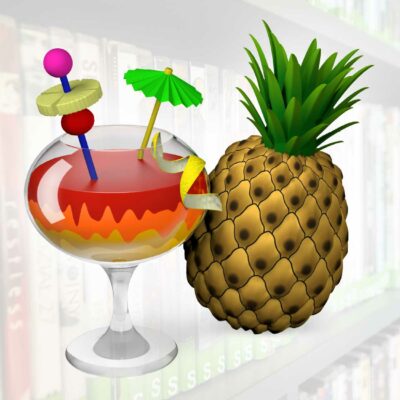 Handbrake Tutorial: How To Easily Import DVDs To iTunes For iPhone, iPod, Or iPad

This Handbrake tutorial will show you how to import DVDs to iTunes compatible MPEG-4 video files that you can load into your iTunes Library.

Read moreHandbrake Tutorial: How To Easily Import DVDs To iTunes For iPhone, iPod, Or iPad