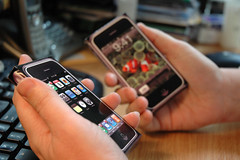 If you were paying attention to all the hype building up to the Apple iPhone announcement on Tuesday, then you might recall the little snag concerning who actually owns the “iPhone” name.

Even though Apple unveiled the iPhone in San Francisco this week, Linksys, a division of Cisco Systems Inc., announced a product called the iPhone on December 18th, 2006. The Linksys iPhone is a Web-enabled telephone handset capable of making calls over the Internet using voice over Internet protocol (VOIP).

So how can two different companies lay claim to the “iPhone” name? That’s the problem… they can’t. 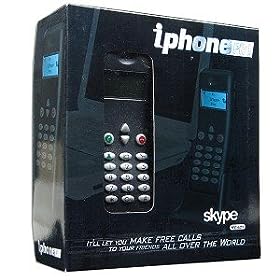 So what happens now? It’s all up to the lawyers. Cisco filed a lawsuit against Apple yesterday in the U.S. District Court in San Francisco. Basically Cisco and Apple need to reach a settlement or Apple will have to call their iPhone something different like iChat Mobile.

According to the NY Post, Cisco thought it had reached a deal with Apple. The two companies were reportedly engaged in heated talks over the “iPhone” name the past few weeks leading up to the Apple iPhone announcement.

“We sent them final terms on Monday, but we never got approval back,” Cisco spokesman John Noh told The Post. “We’re very open to sharing the trademark. We made that clear. But then they went ahead and used the name without our permission.”

Apple has been trying to get the iPhone name away from Cisco since 2001 when they first released the iPod. Will Apple finally be successful? They obviously have something up their sleeve or they wouldn’t have halted talks with Cisco and just announced the iPhone this week. It will be interesting to see what happens these next few months.

Apple plans on releasing the iPhone in June 2007.