You are here: Home / Learn / Space / This Sexy Eva Longoria Maxim Cover Can Be Seen From Space (2006)

With some help from Google Earth, Maxim magazine is celebrating its 100th issue in a very big way with a brilliant publicity stunt.

With some help from Google Earth, Maxim magazine is celebrating its 100th issue in a very big way with a brilliant publicity stunt. The popular men’s magazine created a massive vinyl print of their January 2006 magazine cover featuring Eva Longoria. They then laid the 75×110-foot billboard of the Desperate Housewives somewhere in the desert outside of Las Vegas, Nevada. The cover is so big that you can see it from a satellite in space.

Where To See The Eva Longoria Maxim Cover

Don’t bother trying to find it in the desert. A close-up perspective really doesn’t do it justice. The giant billboard of Eva Longoria can only be seen properly from the air or by satellite.

If you are having trouble picturing what a 75-by-110-foot billboard would look like, just take a look at the tiny pickup truck parked under Eva Longoria. The poor guys in the truck are probably responsible for sweeping the sand off the billboard every day. 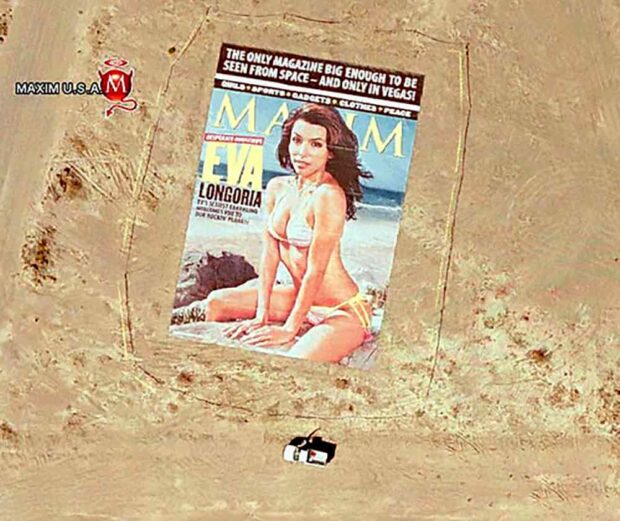 In case you are wondering, the tagline printed above the Maxim cover says “The only magazine big enough to be seen from space – and only in Vegas!” 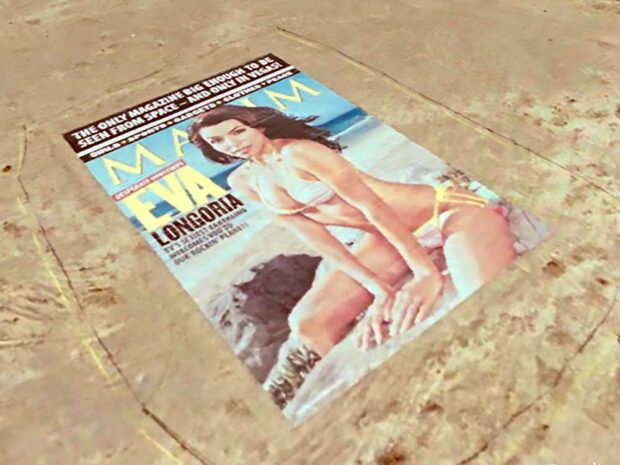 If you have Google Earth (Mac or PC) installed on your computer, click on this KML link to check it out. Otherwise, if you near Las Vegas during the next week or so, rent a hot air balloon and fly it into the desert near Primm, NV. The billboard is located just outside the town of Primm, near the California state line. Here’s a Google Maps link to the exact location of the giant magazine cover. 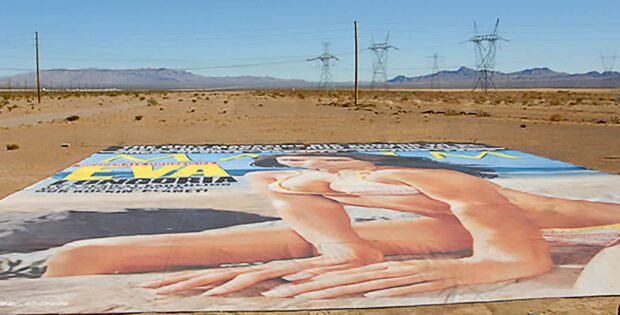