As NBC begins broadcasting the Olympics this week, Ryan has temporarily hijacked the NBC Agency‘s Today Show Twitter account to connect Twitter users with daily tweets from Beijing. Everyday Ryan Tweets about everything from the weather in Beijing, to behind the scenes tidbits and how NBC’s employees are spending their days in China.

What does Ryan think about his Tweeting experience? “It is has been a lot of fun to connect with viewers and keep them posted on what the Today Show is doing over here in Beijing.” 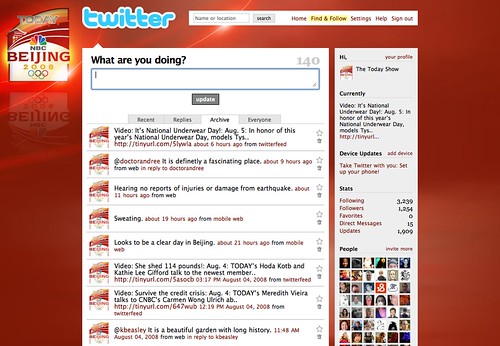