The film Pirates of Silicon Valley depicts the early years of quirky visionaries Steve Jobs and Bill Gates and their battle rule the personal computing industry.

On August 30, 2005, the semi-humorous made for TV documentary “The Pirates of Silicon Valley” was released on DVD. The film depicts the early years of quirky visionaries Steve Jobs and Bill Gates and their battle rule the personal computing industry. The film stars Noah Wyle (ER) as Steve Jobs and Anthony Michael Hall (The Breakfast Club, Weird Science) as Bill Gates.

In the years since it first aired on TNT in 1999, Pirates of Silicon Valley has gained a cult following. Despite several factual errors in the film, and a dark portrayal of himself, even Apple CEO, Steve Jobs, even is a fan of the film. At the 1999 Macworld conference, shortly after the premiere of Pirates of Silicon Valley, the audience was stunned to learn that the introductory comments were made not by Steve Jobs, but by Noah Wyle, reprising his role in this film. The real Steve Jobs then emerged and traded jokes with Wyle.

The DVD version of The Pirates of Silicon Valley is currently only availbile for residents in the US and Canada. 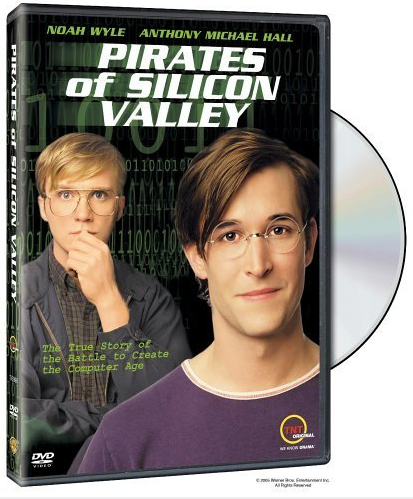 One last note, the original TNT web site for this 1999 film is still online if you would like to check it out. 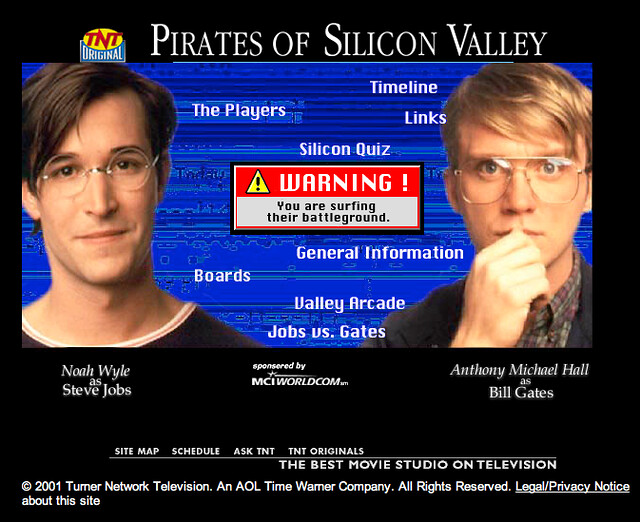 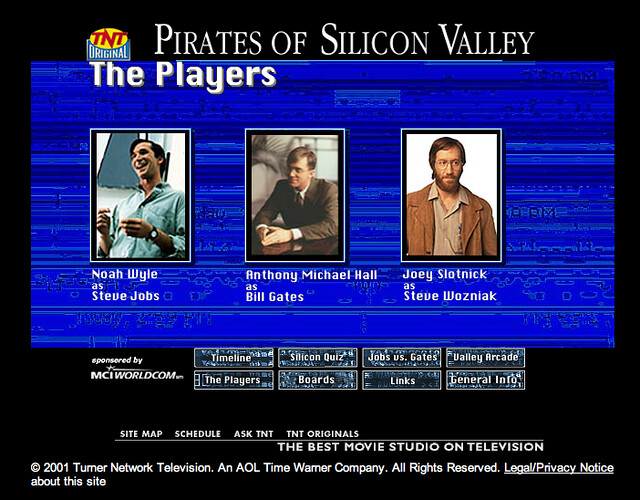