‘Punk’d’ Gets Shot at Syndication

Stations are about to get “Punk’d” thanks to Trifecta Entertainment and Media.

The distributor has pinned down rights to the popular MTV hidden-camera series co-created by Ashton Kutcher and Jason Goldberg. The series will be offered as a Monday-through-Friday strip for stations on a full barter basis starting in fall 2008. Trifecta will handle ad sales of the series through its New York office.

“We are thrilled that Ashton, Jason and MTV have entrusted their innovative and hugely successful show to us,” said Hank Cohen, partner and CEO, Trifecta. “While ‘Punk’d’ has been a great asset to the MTV schedule for the past four years, we know that there is a massive audience who have yet to discover the show, and for whom syndication is the perfect opportunity to become the next wave of ‘Punk’d’ fans.”

“Making ‘Punk’d’ has been a great experience for Ashton and I,” said Mr. Goldberg. “And now, knowing millions of people will see the show for the first time in syndication just makes the whole ‘Punk’d’ journey even better.”

Trifecta, with about a year under its belt as an independent distributor, will launch three series this fall, including “UFC Wired” and “Jack Hanna’s Animal Adventures.”

The deal for “Punk’d” was brokered by Endeavor Agency.

For the syndication industry, the move marks another significant deal to provide content from cable outlets to stations. Also set to bow in 2008 is MTV’s “Date My Mom” from Litton, while series such as “Reno 911!” from MGM will bow this fall.

“The past success of hidden-camera shows, dating back to the original ‘Candid Camera,’ could potentially bode well for the show,” said Bill Carroll, VP and director of programming for Katz Media. “The success the show has had with younger audiences provides great potential and also comes at a time where there are fewer and fewer off-net sitcoms available. Stations are looking for other alternatives to put in those blocks to give them an edge and some degree of humor.”

“Punk’d” will join a growing list of series being made available for the 2008 season. Among first-run series in development is a daytime version of “Deal or No Deal” with host Howie Mandel from NBC Universal. Warner Bros. division Telepictures is in development on a Bonnie Hunt talk show, reality strip “The Dump Truck” and a court show. In addition, sources indicated in recent months that Warners showed interest in a show from Rosie O’Donnell and another one based on the principals of hit-book “The Secret,” although no deals have been completed. 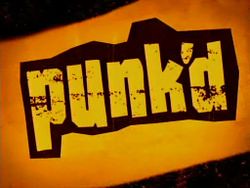