Love the location sharing and meetup concept behind apps like Foursquare and Swam, but don’t necessarily want to forge permanent friendships?

Sobrr is a new location-based mobile app that forces you to live you live like there’s no tomorrow because everyone you friend and everything you post expires in 24 hours.

Anyone who has ever attended an event like SXSW or Lollapalooza will appreciate Sobrr. Personally, I have several people lingering in my Foursquare friends or still in my iPhone Contacts from a temporary event friendship. Do I still really need to be Foursquare friends with the bouncer I met at the Sundance Film Festival 2 years ago? 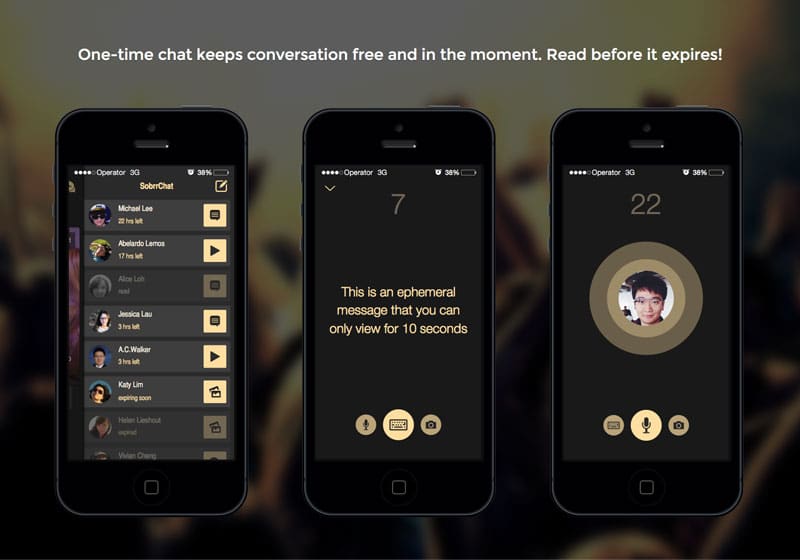 “In an era when your third-grade teacher can find you on Facebook and anyone you’ve ever met at work wants to network on LinkedIn, people are craving an app like Sobrr. It lets them share without worrying their actions will go down on their permanent record,” says Bruce Yang co-founder of Sobrr.

When asked how to classify Sobbr, Yang a former Microsoft, LinkedIn, and Fitbit engineer added “you can call Sobrr the anti-Facebook. But if you want to call it Tinder meets Snapchat meets Foursquare, you wouldn’t be that far-off either.”

The Sobrr app uses GPS to identify other users close to you and shows them your posts. These users can then “cheer,” comment or become “24-hour friends” with you. Anything you do using Sobrr is totally erased after 24 hours. Texts you send to other users disappear after a few seconds and photos or videos you share can go away almost as quickly. But if you do end up forging a real bond with the three guys dressed up as Sages from Legend of Zelda who offered to share their commissary table with you at Salt Lake City ComicCon, then there’s an option to make users a permanent parts of your Sobrr network. 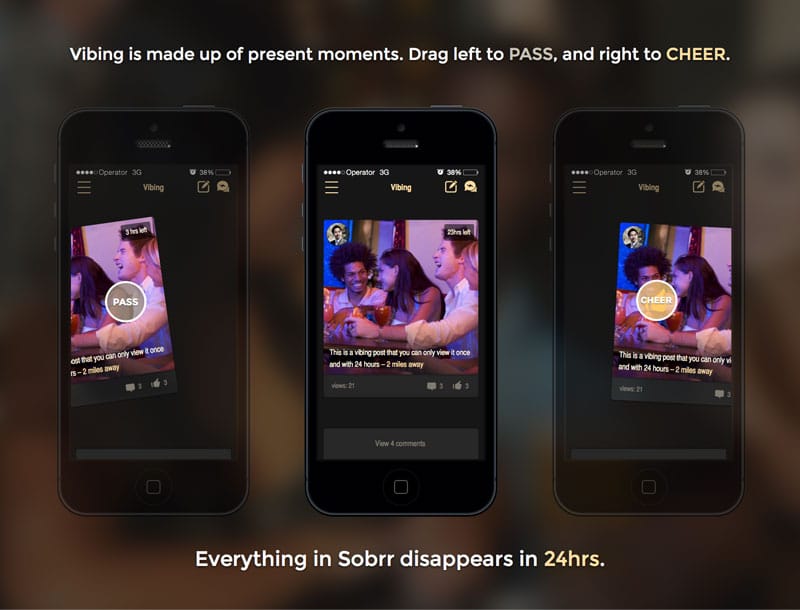 Yang got inspiration for the app the morning after a Las Vegas bachelor party when everyone rushed onto their social media accounts to make sure they hadn’t shared anything incriminating from the previous night. Sobrr lets users freely post content “that they might otherwise feel too embarrassed to post on other platforms,” he said. Yang also said it’s important for users “to have their own space and little secrets.”

Right now Sobrr is still just a Silicon Valley startup but they might be onto something. Temporary sharing apps such as Snapchat, Confide and Wickr have all taken off recently.

You can download Sobrr for free here from iTunes: Sobrr iPhone iOS app and find them on Twitter at @SobrrLife.

What do you think about Sobrr? Please leave a comment below.