American late night talk show host, Jimmy Kimmel, pulled off an epic prank on the media and the internet. A video of a girl named “Caitlin Heller” who fell on a glass table and caught on fire while twerking was anonymously posted on YouTube a few days ago and went instantly viral.

The twerking prank video quickly racked up over 9M videos in just a week. The video’s description says: “I tried making a sexy twerk video for my boyfriend and things got a little too hot.” 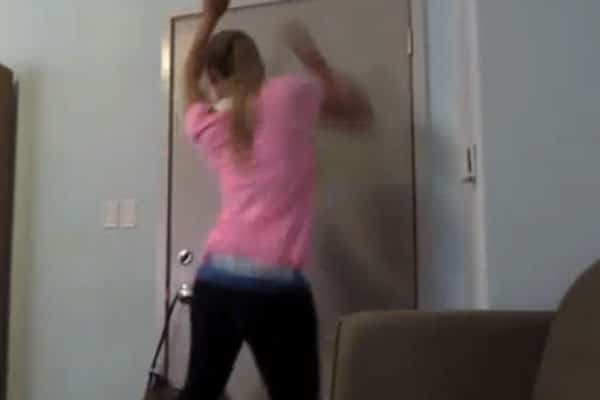 Everyone wanted to know the whole story behind the video. Hundreds of news outlets attempted to contact the YouTube account that posted the video but all requests were ignored. Jimmy Kimmel finally revealed himself as the prank master on his late night talk show on ABC.

Video of Girl Catches on Fire While Twerking Goes Viral
Next Post: Yuck! Smartphone Usage in Bathrooms Is Making Us All Sick