What is Gowalla? Why Does Facebook Want to Buy it?

Over the weekend, we heard stories about Gowalla (Go-Wall-ah) and how Facebook may want to buy them. Gowalla execs first were denying the acquisition, but this morning, Gowalla’s Blog made the official announcement. So what is Gowalla and why does Facebook want it?

Gowalla is a location check-in service funded by investors Chris Sacca, Kevin Rose and Jason Calacanis. Just like Foursquare, you can check into your location, post pictures, leave comments and tips, then get virtual rewards for your time. The difference is that Gowalla will make features of locations. For instance, you can look at Chicago, and see a list of checkins, photos and comments on where people like to go when they are in the windy city.

The Acquisition of Gowalla

In their blog, Josh Williams [pictured below] stated:

About two months ago, my co-founder Scott and I attended F8. We were blown away by Facebook’s new developments. A few weeks later Facebook called, and it became clear that the way for our team to have the biggest impact was to work together. So we’re excited to announce that we’ll be making the journey to California to join Facebook! 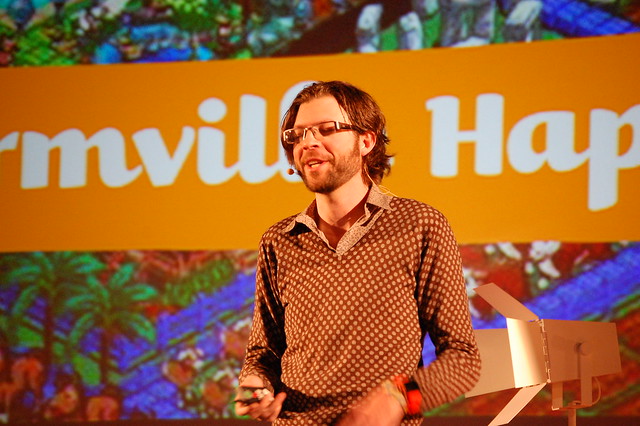 Why Would Facebook Want to Buy? Don’t They Have a Check-in Service?

Yes, Facebook does has a location check-in service. However, an acquisition like this will give Facebook check-in more options and the virtual rewards. This is a “Stamp” and “Pin” service that Gowalla gives users will most likely be integrated.

The Gowalla Passport follows in-line to Facebook’s new Timeline feature. Where as Facebook is turning into your online photobook, Passport will add the travel data. So when you look at your timeline, you will know when you went to Las Vegas, Miami, New York, Vienna, or another location.

Another possible reason why the acquisition – Facebook is positioning themselves for the first ever Facebook phone. That means Facebook has to plan for music, location check-ins, and other cool applications you can put on the Facebook phone.

Expect a few more acquisitions in the upcoming months by Facebook that will gear toward a mobile device. In the meantime, the integration will begin immediately. Gowalla as an independent service will wind down by the end of January.

What do you Think of Facebook’s Gowalla Acquisition?

Do you like this acquisition? Will you continue to use it, or do you use Foursquare instead? Let us know! Twitter @methodshop or connect with the author: @geekazine

Looxcie LX2 Wireless Video Camera For iPhone And Android – Review
Next Post:Siri Finds Out That Steve Jobs Has Passed Away