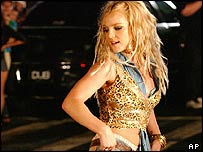 The study of researchers, Pew Internet, uggests musicians do not agree with the tactics adopted by the music industry against file-sharing.

The US Firm researched the over-cluttered issue of the RIAA and net distribution of musician’s music to buyers. P2P systems and piracy all being factors, the survey concluded that over 80% of musicians used the net for some sort of promotions for their music. Most artists sold and even some provided free samples for fans through Internet sites and downloading services such as Apple’s iTunes Music Store. It is evident that independent musicians, in particular, see the Internet as a way to get around the need to land a record contract and reach fans directly. With more and more inspiration and culture being embraced in the independent music scene, these artists (indie rockers) are the ones ultimately benefiting more from Internet usage. The major pop stars like Brittney Spears benefit less due to their already overwhelming state of fame.