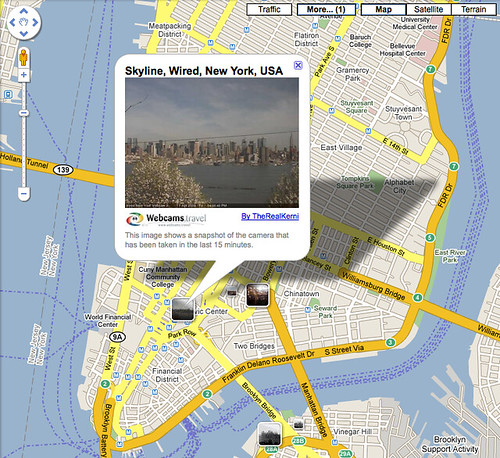 If you’ve pressed the “More” button lately when using Google Maps, you might have noticed a new layer feature called Webcams. In addition to being able to see real time “Traffic,” and a “Street View” for a specific location, you can now see live video from any nearby webcams. It’s a really handy layer for Google Maps users. For example, the next time you want to check out Lincoln Tunnel traffic, you can see Google’s traffic data as well as a live camera outside the entrance and exits.

The available cameras in the Google Maps Webcam later are compiled by the http://Webcams.travel.