MITSUBISHI Motors in New Zealand is offering a free goat with every Triton ute sold before August in a novel effort at correcting the economy. 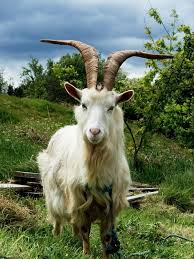 Mitsubishi Motors New Zealand general sales and marketing manager Peter Wilkins said the economy’s recovery was in the hands of the rural sector, and goats, like Tritons, were “hardy, versatile units which will integrate directly into existing farm operations”.

Goats improved farm productivity by defending against weeds, were cheaper than toxic sprays, and there was no risk of goat flu affecting the tourism industry, he told NZPA.

“We are aware that three years of drought has severely depleted sheep and beef populations, so what better time to float the goat?”

If the purchaser already had enough goats, Mitsubishi would supply a no-goat package including a five-year/100,000km extended warranty, five free warrant of fitness inspections, 5000km road user charges, five years of roadside assistance and $500 of genuine or approved Triton accessories.