Get ready to laugh, cringe and admire these uniquely geeky displays of love and affection. Here are some cute but geeky wedding proposals.

Sorry ladies, when it comes time to pop the question, some guys just can’t pull together a Hollywood RomCom quality wedding proposal. From webcams to engraved iPods, we’ve compiled a great list of nerdy wedding proposals. Get ready to laugh, cringe and admire these uniquely geeky displays of love and affection. Here are some cute but geeky wedding proposals.

In 2006, Apple opened their 24/7 retail store on 5th Avenue in New York City. Thousands of people lined up the be the first customers ever to step foot inside the iconic underground store with a glass cube entrance. To capture the excitement, Apple set up a time-lapse webcam outside the entrance so people around the world could virtually participate in store opening at 6 pm ET. After midnight the crowds started to thin out. By 3 am only stragglers were left. Then at 5 am, a man appears with a series of signs.

He held each sign for at least 5 minutes so they would be visible in the time-lapse video. The signs said: “Uschi Lang”, “I love you”, “Will you marry me?” Bloggers immediately started writing about the creative but nerdy wedding proposal. They were eventually able to track down the sign holder (his name is James) and find out Uschi’s answer. She said yes. Hijacking Apple’s webcam at their retail grand opening is definitely one of the nerdiest marriage proposal ideas in history.

If you’re a stuntperson or regularly enjoy playing pranks on your significant other, then you’ll love this video. This guy decided to propose to his girlfriend at a rooftop party. In front of everyone, he stands upon the ledge and makes an announcement. To everyone’s delight, it’s a rooftop marriage proposal. Then his best man tosses him the ring. Unfortunately, it’s a “bad” throw and he falls off the roof trying to catch it.

The girlfriend then runs to the edge of the roof in a state of shock to see if her boyfriend is ok. He is. He’s laying on a giant airbag that says “Will you marry me?” and laughing. It was a rooftop wedding proposal prank. Definitely one of the most memorable proposal ideas we’ve ever seen.

When Gary Hudston saw how much his girlfriend enjoyed playing the video game Portal 2, he got inspired. He hired voice actress Ellen McLain, who does the voice of GLaDOS in the video game, to record a custom narration script. He then gave the voice recording to Portal 2 level designer TopHATTwaffle and asked them to create a custom level with a surprise wedding proposal ending. After the “The Gary Hudston Project” level was complete, Hudston had his girlfriend play it on her birthday. The final room in the level converts into a wedding chapel complete with music, and a virtual engagement ring. As you can see in the video, GLaDOS proposes on the behalf of Hudston in the game.

JD, the tech blogger at GeekMeUp proposed to his girlfriend in one of the most uniquely geeky ways possible… an engraved iPod. His lucky girlfriend Kathryn got a beautiful diamond ring and a 4GB iPod Nano. JD had the phrase “Kathryn McCollister will you marry me?” engraved on the back. By the way, she said yes. An iPod wedding proposal, romantic, but very geeky.

We hope you enjoyed these geeky wedding proposals. Maybe they even gave you some good marriage proposal ideas. All of these examples are inspirational stories of how unique and strong love is. If you have any more examples of super cute nerdy marriage proposals, then please let us know in the comments. We will add them to this article and give you credit. Thanks for reading! 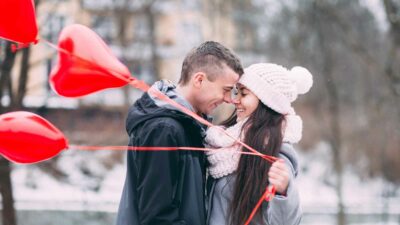 10 Tips On How To Make A Great Online Dating Website 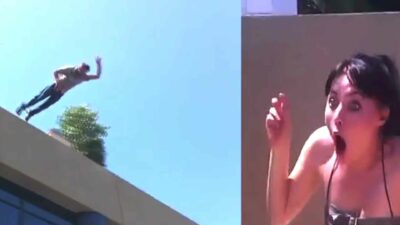 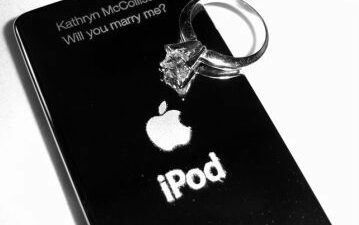 20 Funny DNA Jokes And Pick Up Lines… With Explanations
Next Post:Must-Have Gadgets For Seniors Who Want To Remain Independent