Birth of Baby Captured on Google Street View in Germany

Ever get the feeling that Google is spying on the entire planet? Google's satellite and street cameras have captured everything from grown men sword fighting while dressed up in Lord of The Rings type outfits, to a woman giving birth on a Berlin sidewalk.

Ever get the feeling that Google is spying on the entire planet? Google’s cameras have captured everything from grown men sword fighting to even a Google Street View birth in Germany.

This image was discovered while browsing Google Street View. It shows two people helping deliver a baby on a Berlin, Germany sidewalk. The address is Wilmersdorf, No. 37 in Hubertusallee, Berlin. 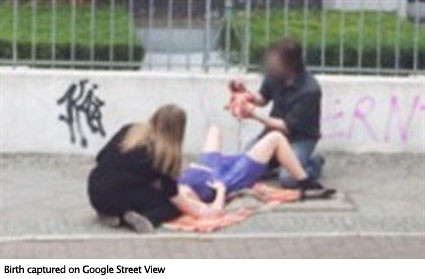 What Else Has Google Captured in Photos?

This sidewalk birth photo is just the tip of the iceberg. Here are some of our favorite things captured by Google’s various products including Google Earth, Google Street View and Google Maps.

UPDATE: It was too good to be true. Google’s official German Twitter account @GoogleDE confirmed that this Google Street View birth image is a fake. 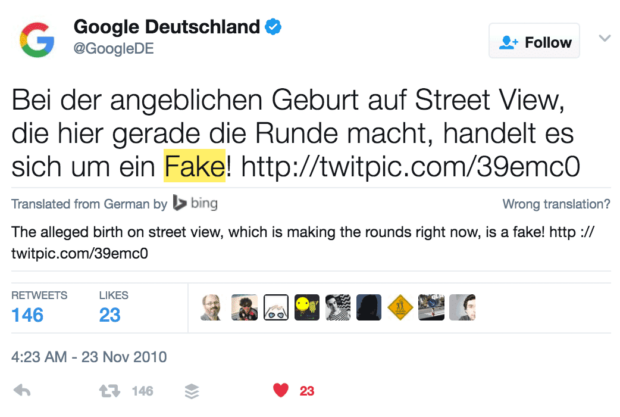 In The Future, The ‘Sound Charge T-Shirt’ Could Power Your iPhone Using Sound Waves
Next Post:Video Of Toronto Man’s Temper Tantrum Gets Turned Into The ‘Why Are You Closed Meme’