You are here: Home / NBC Universal Fighting A La Carte Proposals At FCC

‘Public Interest Will Not Be Served By Government Interference,’ NBCU Says 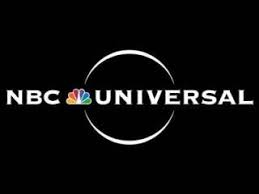 “There’s no legal or factual basis for government intervention in private carriage negotiations. The public interest will not be served by government interference in his highly competitive marketplace,” NBC Universal said in an FCC filing Monday.

FCC chairman Kevin Martin has the agency reviewing various proposals, including one that would require cable programming suppliers like NBC Universal to allow pay-TV distributors to purchase channels on an unbundled or a la carte basis.

NBC Universal has one of the largest inventories of cable channels, including such brands as CNBC, Oxygen, Bravo, MSNBC, and USA Network.

Earlier in the year, Martin voiced support for a policy in which any programmer seeking per-subscriber fees of 75 cents or more on a wholesale basis could be stripped from expanded basic by cable operators.

Small cable operators, led by the American Cable Association, have been pushing the FCC to adopt wholesale unbundling rules. They claim big programmers use their market clout to force-feed them channels they don’t want, causing retail rates to rise.

ACA would also establish the FCC as the arbitrator of wholesale pricing disputes.