You are here: Home / Learn / Business / Advertising / Networks Not Worried About Steroid Report’s Effect on Fans

Networks Not Worried About Steroid Report’s Effect on Fans 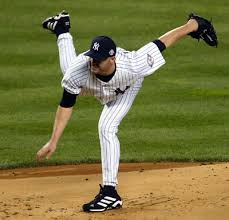 Television networks said they didn’t expect the official report saying that dozens of Major League Baseball players used steroids would have a big effect on viewership or advertising in the coming season.

Former Senator George Mitchell, hired by MLB to investigate the use of steroids and other performance-enhancing drugs, on Thursday submitted a report saying that use of the substances was widespread.

The report named current and retired stars including Roger Clemens, Barry Bonds, Miguel Tejada and Mark McGwire and said use of steroids “poses a serious threat to the integrity of the game.”

Broadcasters who carry baseball called the report a positive step for baseball to take as it deals with the problem.

“While today’s news is unfortunate, we have every confidence that the leadership of Major League Baseball has already taken steps to address the issue, and will continue to adjust its measures as circumstances warrant,” Fox Sports said in a statement.

ESPN has been providing wall-to-wall coverage of the issues, including press conferences by Sen. Mitchell and MLB Commissioner Bud Selig.

Last season, baseball had record attendance and revenues and ratings were also up sharply.