Are people around you spontaneously talking like pirates? Hold on to your eye patch! Today is "International Talk Like a Pirate Day"!

Are people around you spontaneously talking like pirates? Have you noticed that several major websites like Flickr have added pirate flags to their logos? Hold on to your eye patch! Today is “International Talk Like a Pirate Day“!

The parody holiday “International Talk Like a Pirate Day” was invented in 1995 by John Baur (“Ol’ Chumbucket”) and Mark Summers (“Cap’n Slappy”), of the United States, who proclaimed September 19 each year as the day when everyone in the world should talk like a pirate.

For example, an observer of the Talk Like A Pirate holiday would greet friends not with “Hello,” but with “Ahoy, me hearty!” Or a Pirate pick up line might be “I’d love to drop anchor in your lagoon.”

Several major websites have made “Pirate” an official language in their interfaces. For example, both Google (link) and Facebook allow you to change your language settings to Pirate.

If you want to change your preferred language in Facebook to “Pirate”, it’s a very easy process. Here’s how to do it:

International Pirate Day takes place every September 19th, but why? The date was selected because it was the birthday of Summers’ ex-wife and consequently would be easy for him to remember.

If you were a pirate, what would your name be? Here’s a handy pirate name generator if you want to create a Pirate Name for yourself. 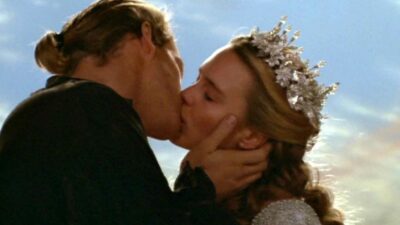 How good is your Princess Bride trivia knowledge? Here are some great trivia facts about the 1987 Rob Reiner directed romantic comedy 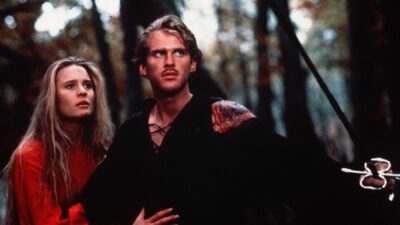 These 20 Princess Bride Quotes Are So Brilliant It’s Inconceivable!

You have probably watched The Princess Bride countless times and can quote all of your favorite lines verbatim. But here are a few Princess Bride quotes we think everyone should know and remember. 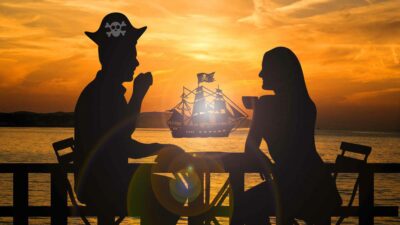 25 Funny Pirate Pick Up Lines That Will Make You Laugh

Agrr! To help you celebrate International Talk Like a Pirate Day, we’ve put together a list of funny Pirate Pick Up Lines.