It was just two weeks ago that the British Medical Journal warned of the dangers of using a cell phone during a thunderstorm. The doctors said having such devices near your head when hit by lightning can result in even more severe injuries… Maybe they should add iPods to that list.

On July 6th, a Colorado (USA) teenager named Jason Bunch was mowing the lawn and listening to his iPod. The next thing he knew he was lying in bed bleeding from his ears and vomiting. Believe it or not, Jason’s iPod was struck by lightning.

As you can see from this Denver Post photo below, the lightning seriously burned the inside of his ears. Unfortunately, he’s also lost some of his hearing. To make things worse, Jason had a big date that night. According to the Denver Post, he called the girl the next day from his hospital bed and told the girl “I did not stand you up. I was struck by lightning.”

In case you are curious, the Denver Post also details what happened to Jason’s iPod:

“The wounds follow the line of his iPod, from his ears down his right side to his hip, where he was carrying the device. The iPod has a hole in the back, and the earbuds dissolved into green threads.” 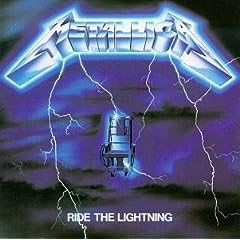 Sony PSP-290: The Sony PSP Gets Its Own GPS Receiver Accessory
Next Post: Putin takes swipe at Cheney over criticisms »

James Bond has had a lot of stunning women by his side over the years. This guide will go through some of the most beautiful Bond girls we’ve seen.