Here are a few of the patent documents that Apple submitted to the US trademark website. The documents show how a user can control the iPod’s interface using a touchscreen instead of buttons or the iPod Click Wheel. 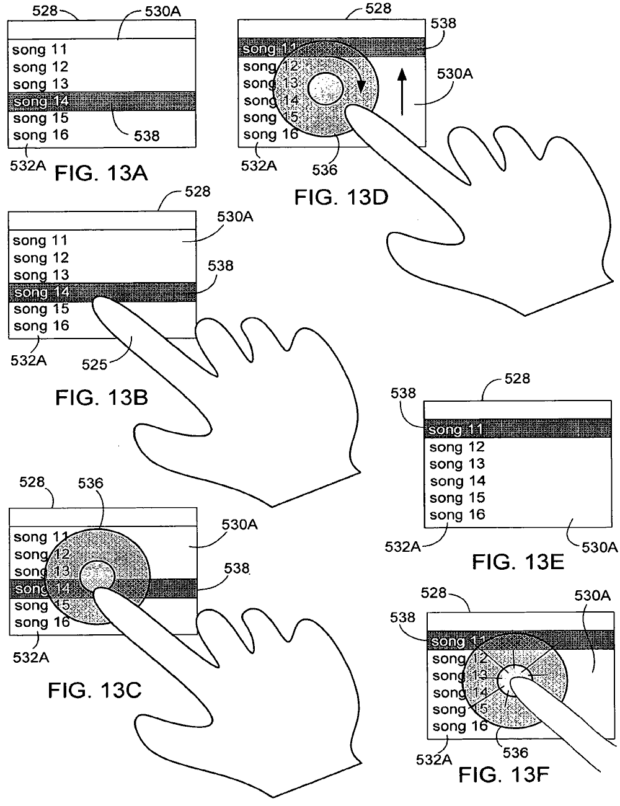 Touch-sensitive is cool enough. But what about multi-touch? Multi-touch technology enables people to use multiple fingers on a single screen. Multi-touch gestures like pinch-zooming or swiping with multiple fingers could create a whole new set of possibilities with portable touch screen devices.

What products will Apple choose to integrate with touch technology? Hopefully all of them. It would be great to see the iPod, as well as Apple’s desktop and laptop monitors, get this technology. Also, according to the rumors, Apple is working on both phone and tablet products. Why not give all of them touch or multi-touch capabilities?