What if Hollywood Ditched the Drama and Settled for #LessAmbitiousMovies?

What if Hollywood ditched the drama and settled for less ambitious movie titles? Twitter users give Hollywood a mediocre twist. #LessAmbitiousMovies

With the word “hashtag” now officially in the dictionary, it stands to reason that there are more clever Twitter hashtags than we can count. Baby steps if you’re behind the times. At the top of our current list, however, is the brilliant hashtag #LessAmbitiousMovies. What if Hollywood ditched the drama and settled for mediocrity in movie titles? For example…

The #LessAmbitiousMovies hashtag has gone viral. People can’t seem to get enough of this stuff. Here are some of my favorites. C’mon, I know you have some doozies of your own. Please, please, inspire us. Post a few in the comments. 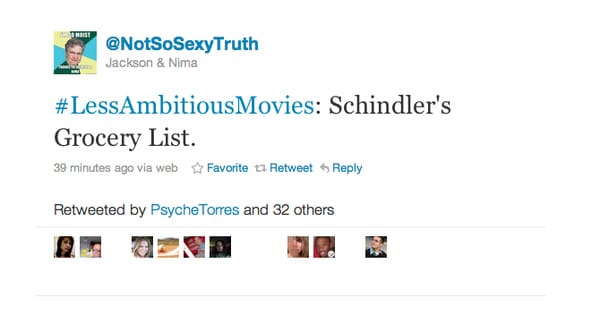 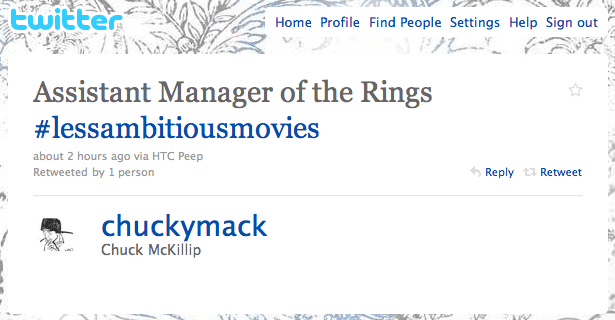