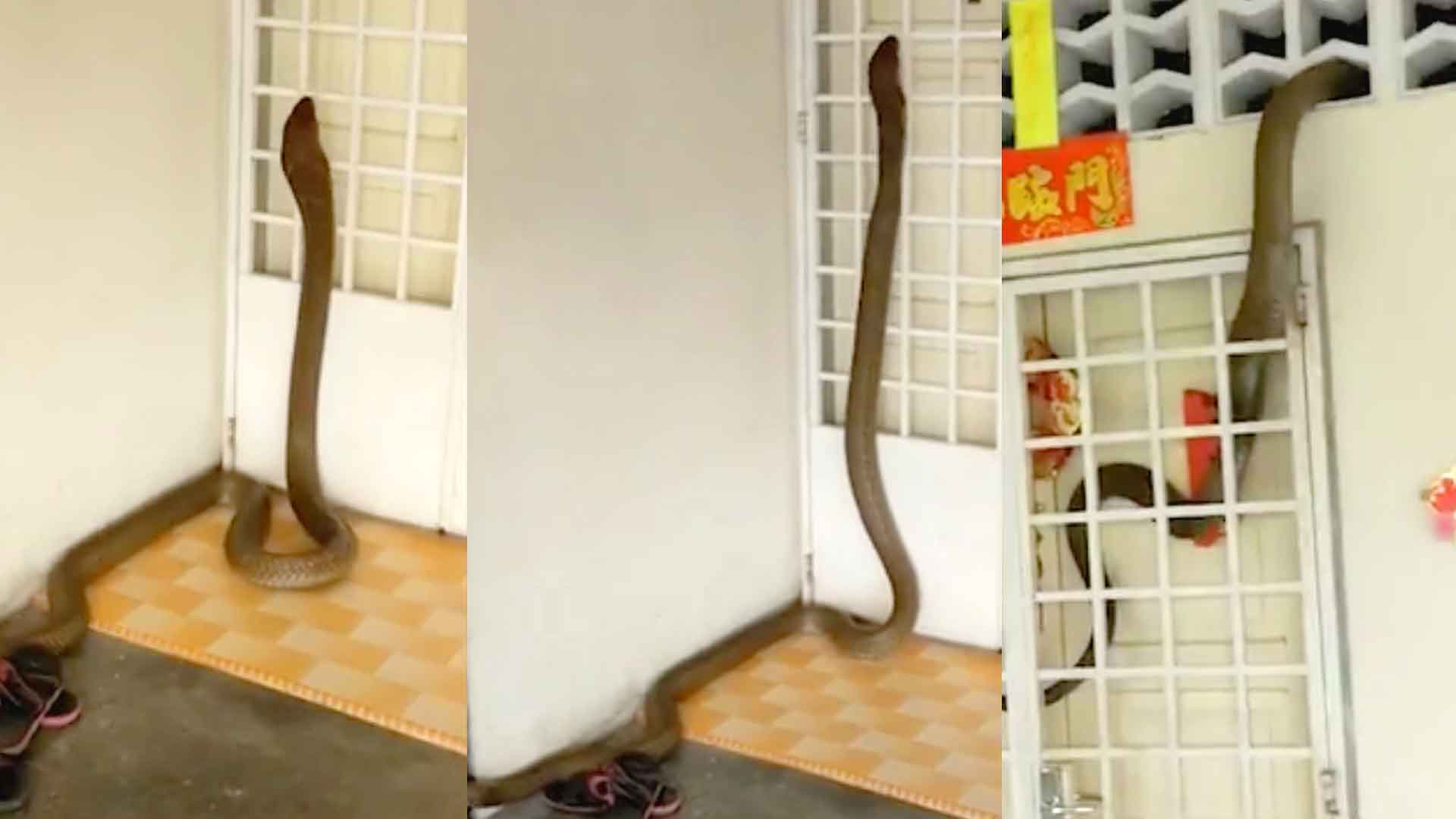 What’s worse than finding a big snake outside? Finding it inside. This Malaysian family found a king cobra snake slithering around outside their house. But soon after discovering the snake by their garage, the giant king cobra got spooked and slithered through an open window and went inside the home.

In this shocking video, you can hear homeowner Derrick Koh after he first finds the snake. His voice goes from concern as he witnesses the king cobra slither around outside his house, to full freak-out as the snake enters his home. The video was shot on Derrick’s mobile phone on June 18, 2017 outside his home in Batu Pahat in the District of Johor, Malaysia.

The family searched thoroughly for the snake without any success. They eventually concluded that it had slithered out of the house as quickly as it had entered. But three days later Derrick noticed something shocking. There was fresh snake feces by his desk. There was also a bite mark on his suitcase. For the last few days, Derrick and his family had lived with a king cobra. They ate, slept, watched TV and even walked around the house at night in the dark while the snake was somewhere inside. This was potentially a very deadly situation. A bite from a king cobra can kill a human in less than 30 minutes.

After discovering evidence that the snake was living in their home, Derrick called professional snake catchers to remove their unwanted house guest. Although common for the region, it is rare for a snake to enter a home. As Derrik later shared on Facebook, the snake catchers eventually found the giant 8 foot long snake and removed it from Derrick’s property.