Here we go again. The Internets are buzzing with Apple Tablet and MacBook Touch announcement rumors. Could the rumors finally be true?

According to an article in the Financial Times, Apple‘s long rumored tablet is reportedly going to be announced as early as September and in stores in time for Christmas. 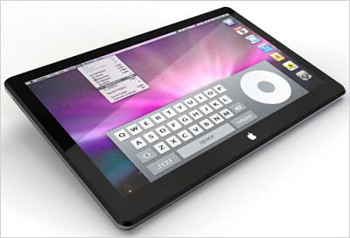 The Financial Times is quoting people ‘close’ to the tablet project who say the device would have the same capabilities as an iPod Touch but with a bigger screen. A larger screen could make the rumored device a competitor with the popular Netbook market as well as Amazon’s electronic book reader, the Kindle.

Analysts estimate that the gadget would sell between $600 and $1,000. Anything over $500 could make it difficult to compete with the Netbook market. Also, the Apple device must have a keyboard (unlike the iPhone) in order for it to be a viable alternative to similarly priced Netbooks, like the HP Mini.

Will we really see an Apple tablet in time for Christmas? Cross your fingers, but stay skeptical. MethodShop.com has been tracking the Apple tablet rumors since 2006. Here’s a time line of our reports: