Ever wonder what a herd of cats would do if left to roam around IKEA all night? Would they run away and hide? Take a nap? Travel in packs? Tear up the furniture? All the above? Apparently, some UK filmmakers really wanted to know and organized this IKEA cats experiment.

IKEA‘s Wembley, England store let 100 cats lose one night while film crews captured footage. The filmmakers used a variety of recording methods including night-vision and thermal cameras. After the shoot, store employees cleaned up the evidence and opened their doors the next morning like nothing ever happened.

The video immediately went viral and is frequently shared on the Internet by cat lovers.

Who Made The IKEA Cats Video? 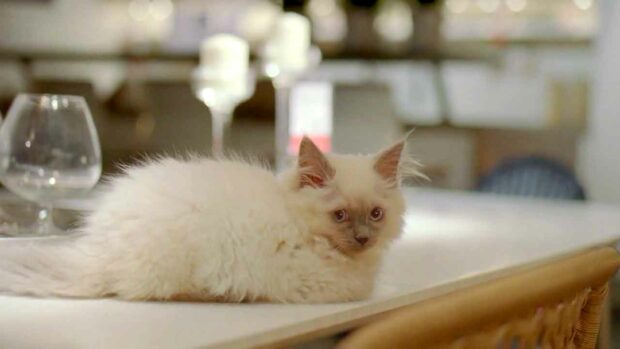 Happy Birthday to the ATM
Next Post: Olivia Munn Rides A Hawaii Chair And It’s Awesome