You are here: Home / Entertainment / Internet / Missing Missy: The Lost Cat with a Photoshop Battle

Missing Missy: Shannon Walkley lost her cat, Missy. So she turned to Photoshop expert David Thorne to help her design a missing cat poster. A decision she most likely regrets.

Shannon Walkley lost her cat, Missy. The cat snuck out after she accidentally left her screen door open. Shannon turned to Photoshop expert David Thorne to help her design a missing cat poster. A decision she most likely regrets.

He replied with this movie-style poster called Missing Missy. Obviously not what Shannon had in mind. 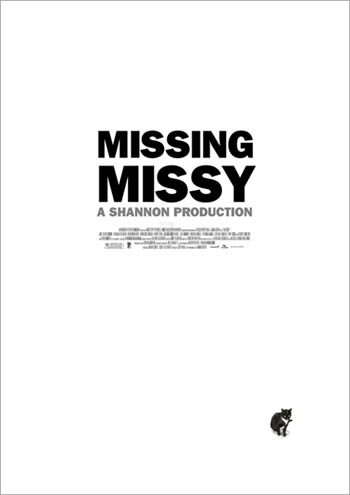 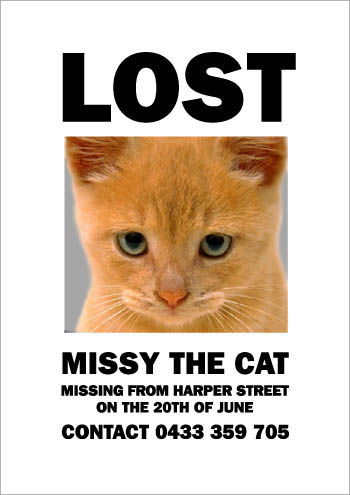 And even non-existent rewards. 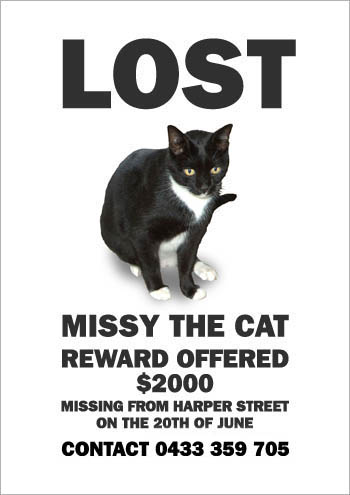 They finally compromised on a reward poster featuring Missy wearing a ridiculous red hat. Hilarious and stylish, but not exactly what Shannon wanted. 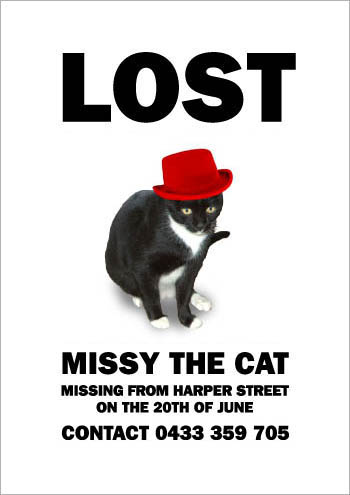 You can read Shannon and David’s full email exchange here on David’s website. Although I feel heaps of sympathy for this poor lady and her missing cat companion, I will go out on a limb and award him the unofficial MethodShop honor for ‘Best Photoshopper Ever’.

Who Is David Thorne?

Thorne is the Australian satirist responsible for the “Kate’s Birthday Party” prank on Facebook a few months ago, exposing FB for some holes in its privacy settings. His blog is a riot — and reminds us all not to be morons in print. 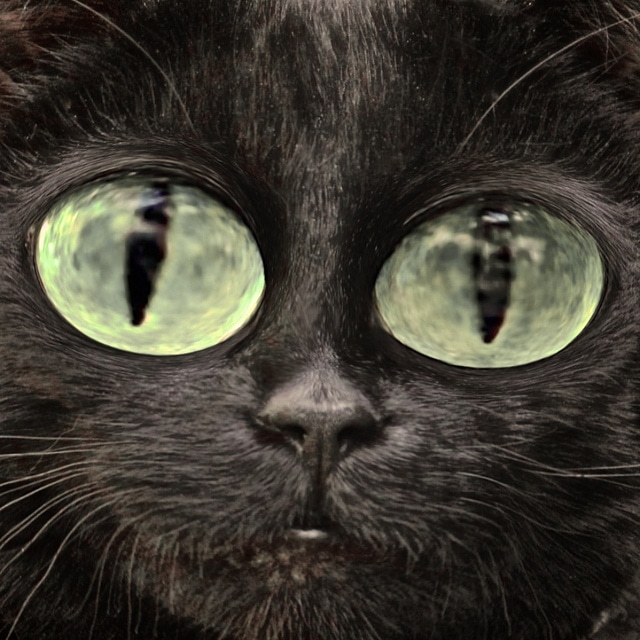 Missing Missy – Was She Ever Found?

I don’t know if Missy was ever found. If you have any news about Missing Missy, then please leave a comment below.

Let me just end this post by saying that I love cats. I have two cats. I was raised by a cat-hating mother who convinced me that I, too, hated cats. Thankfully, I grew into a woman who can form her own opinions and I am subsequently shamelessly training to become a crazy old cat lady should circumstances allow.

Now excuse me while I bolt my screen door.