Break out the tequila and strap on your platform dancing shoes, Pee-Wee's Big Adventure turns 25 today!

Break out your platform dancing shoes and prepare a toast with tequila! Today is the 25th anniversary of Pee-Wee Herman‘s quest deep into the basement of the Alamo (or close enough) on an epic rescue mission in that cinematic masterpiece, Pee-Wee’s Big Adventure. 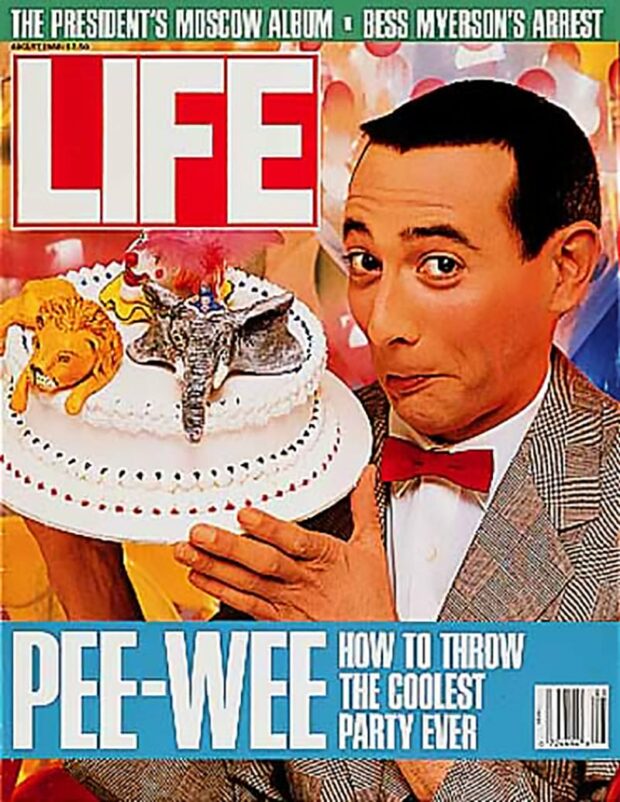 One of my favorite friends named his dog Marge in honor of the characteristically large truck driver. Another aimed to replicate a Pee-Wee Herman bike with a less-than-satisfactory paint job. Brooklyn goddesses-on-keyboards Au Revoir Simone named their band after a most poetic line in the film. And a generation of bratty kids (who, me?) effectively grated on nerves with the cure-all insult response, “I know you are, but what am I?” The movie touched our hearts.

With director Tim Burton at the helm, Danny Elfman‘s genius in your ears, Phil Hartman‘s hilarious script and the comedy of Paul Reubens, it’s hard the believe that this film would be officially deemed anything else than a modern classic.