If you’ve ever been to a big city like New York or Paris, then you’ve probably learned to watch your step. Between irresponsible dog owners and the homeless, it’s difficult to walk down a single block without avoiding a public sidewalk poop. But San Francisco is by far one of the poppiest cities on Earth.

So what’s the shittiest part of San Francisco? According to the map, a corner in the financial district frequented by the city’s homeless population. 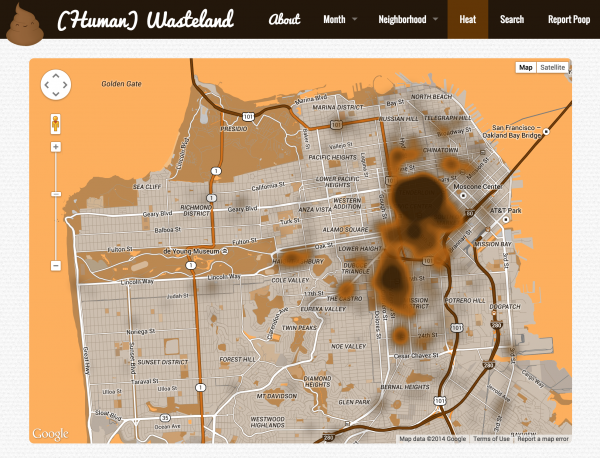 As a city, San Francisco is in a difficult situation. The city enables homelessness. The city spends about $27,000 in services for each of its 6,000 homeless residents. San Francisco’s homeless are well dressed (did that guy with brand new Nike sneakers just ask me for $10?!), feed and even have medical care. But if the city wants to enable homelessness, then it clearly needs to build more public bathrooms. Watch your step!

8 Interesting Facts From The History Of Video Conferencing
Next Post:5 Successful App Monetization Strategies That Work