You are here: Home / Technology / Apps / How You Can Use Social Media and Your Smartphone to Help Fight Wildfires

For many people who live in North America, 2012 will be remembered as the Summer of Fire. This has been a long, hot summer with thousands of wildfires thriving on drought ravaged wooded areas. And even though summer is “officially” over, many wildfires are still burning across Canada and the United States right now. According to the National Climate Data Center (NCDC), 3.64 million acres were destroyed by wildfires during August 2012. This is highest for any August since 2000. However, new technologies, including Social Media and smartphones, are helping in the fight against wildfires. 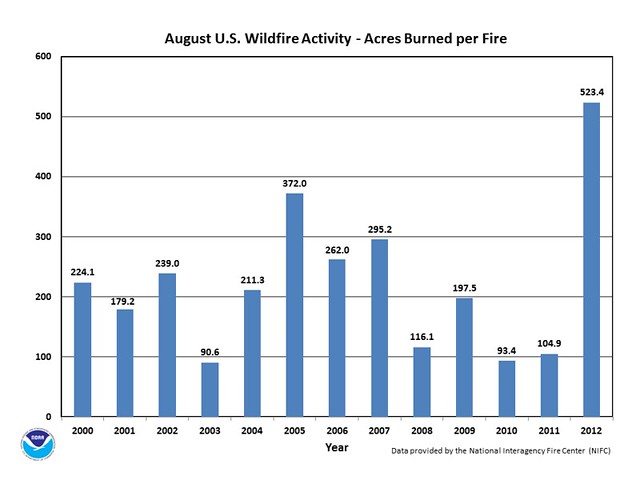 Although it’s not as simple as picking up an iPhone to pilot a fleet of water-carrying AR Drones (at least not yet), clever developers are finding ways to use social media, mobile apps and websites to provide lifesaving information for firefighters, responders and residents near fire zones. For example, both the Wildfire Info iOS app and FireWhat.com (pictured below) provide fire perimeter info and up to date weather conditions to anyone with an Internet connection. 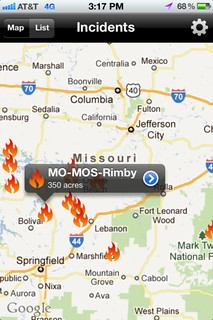 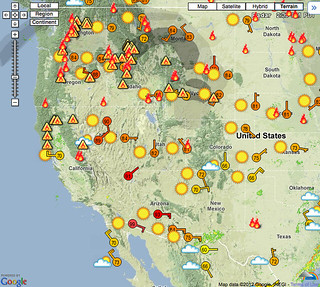 State officials, journalists and residents are also contributing to the fight against wildfires by using social media. They are using their smart-phones to tweet life-saving information, post updates for concerned friends and family and even share stories, photos and videos from their ordeal.

Concerned for all my friends in my home town who are being threatened by wildfire. Stay safe @culestar @wa_sproctor_nc @sford76 @xcoto

Often the stories connected with these videos and photos can help convince others to take action, such as make a donation to the Red Cross or be more cautious with open flames while in the wilderness. One image in particular caught our attention and helped serve as a reminder of the trauma wildlife must go through during a wildfire. Animals often have to flee from wildfires into unfamiliar areas and become permanently separated from their families. This photo of a bobcat kitten and a 3-day-old baby fawn was taken by a worker at the Santa Barbara County Dispatch Office. The two animals, who are normally at opposite ends of the food chain, huddled together for several hours after being rescued from the 2009 Jesusita Fire in Santa Barbara , CA. 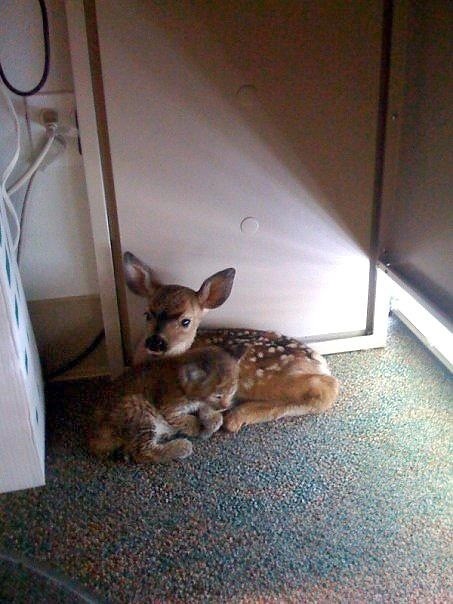 What about you? Did you have a close call with a wildfire this summer? Please leave a comment below. And if you’re currently in a wildfire zone, please be safe and look to local officials, rescuers, and firefighters for help.