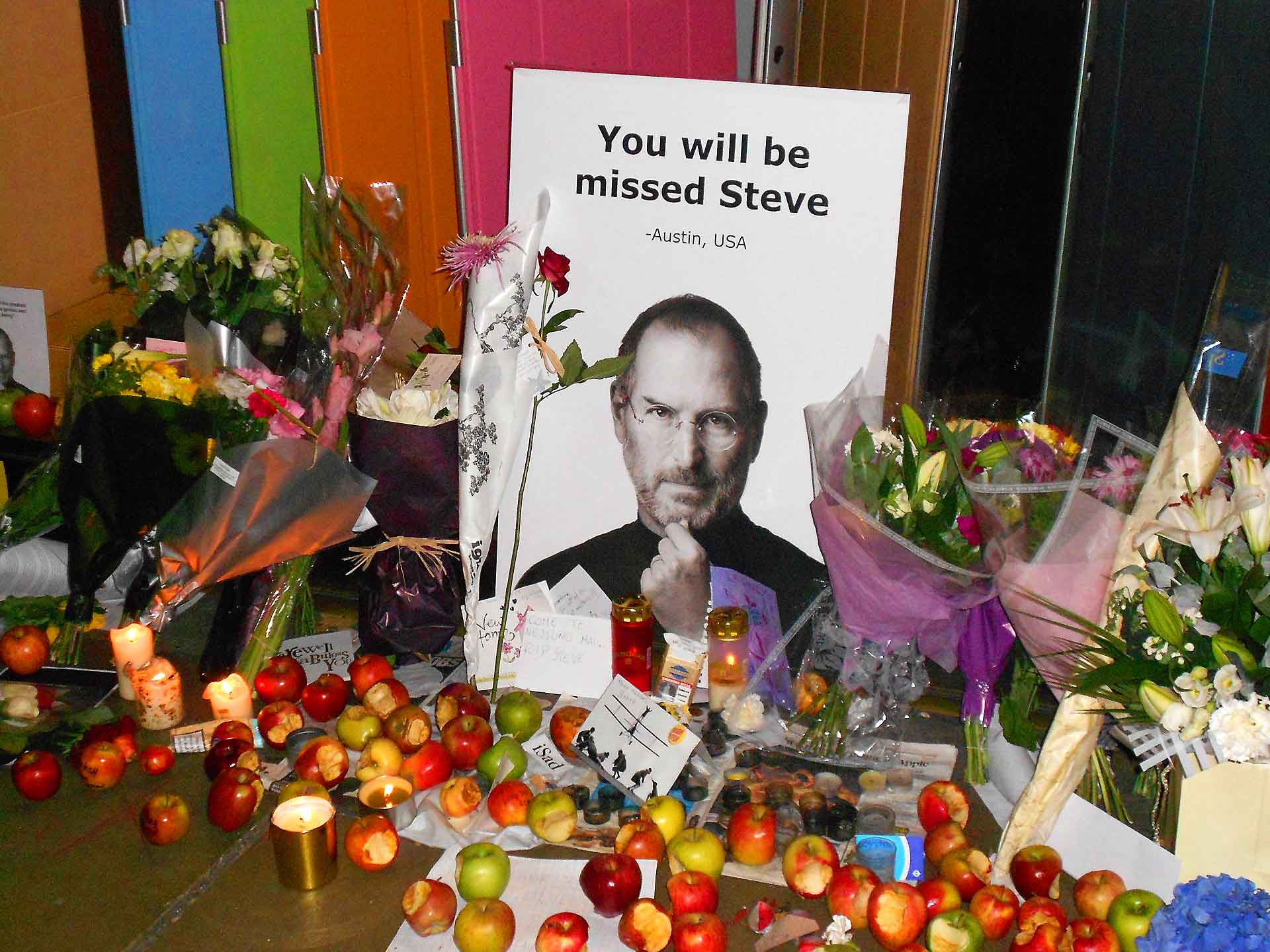 First of all, everyone here at Methodshop is deeply saddened about the news coming from Cupertino, CA yesterday. Steven Paul Jobs touched the lives of the masses. His passing is compared to the passing of John Lennon, Paul Harrison, Elvis, Martin Luther King Jr. and many other visionaries. I have no doubt he is now being welcomed in heaven by these people. RIP.

Now the reality is setting in. It’s time to move forward. It’s time to take what we learned from the original Pirate of Silicon Valley and push to a new level. But how do we do that?

Let’s take a look at 5 things Steve Jobs visions improved upon and how we can take that Proverbial ball and run with it.

I remember when people got a PDA for work. I would set it up for them, but I would say 20% of the people that had one, used it. The rest – their Palm Pilot or iPaq sat on their desk.

When the iPhone came out, that put the PDA in a reachable spot. Therefore, people used it. Of course, it did help to have Facebook and Evernote – among other great programs.

So how do you improve the iPhone in the next 10 years? 4G? Faster, slimmer, made from green materials, and taking less power to run than any other electronic device you owned.

One thing is for sure – the iPhone has made some millionaires, and it will continue to do so.

I am mentioning both of these in the same bullet because in the next 5 years, they will become one in the same. When the tablet gets serious (quad-core processing, 256 GB internal drive, 4G, ability to put OS X Lion or Windows on it), you will realize it might be time to ditch the machine. Especially since you can get a keyboard – touchpad mouse as an attachment.

I say 5 years, but I really expect it in 2. The moment the tablet can match the power of a notebook or desktop, a pivotal switch will occur. Most likely to the point that a great percentage sell or recycle their computers. Replace it with a docking station, on-site storage solution and bigger computer monitor.Only the high-process IT users will have a desktop.

More and more is the TV turning into a function of the computer. On demand options and pay per view content will become people’s lives. The battle will turn to content – more to the point, who holds the content you paid for.

I know I have a few movies on iTunes, whereas I have all my recently paid music on Amazon.

A TV device that gives you free content, paid content and maybe a game of solitaire would be something people are looking for. Merging with cable might be a good addition, but the OTT (Over the Top Television) box replacing the DVR might be what people really want.

We love music. Whether streaming, through our personal collection or another source – we will still crave it. All of a sudden, we could carry the music with us 24/7. Whatever we couldn’t take with us, we could get over a wireless or 3G signal within minutes.

So how do you make it better? Simply through the sound. Right now the majority of people are happy with 128 kbps music (the standard MP3). Some audiophiles have bumped it up to 256 kbps for an almost lossless sound.

As soundcards improve, we will eventually make that standard jump to 256. Therefore, streaming services will have to re-do their libraries.

Remember in the 80’s when they predicted everyone will have a video phone in their houses? Movies like “Total Recall” with desk sets and a VGA resolution image.It wasn’t until Facetime that we finally saw an adaptation of this technology.

Google took it to the next level with Hangouts. Meeting with multiple people face to face brings a personal touch to a call. Infrastructure still has to catch up to make this work best, but in the next 5 years, we might see more video chatting than anything else.

Apple announced a new way to meet up with people in “Find my Friends”. That means that you can run into people, or if you can’t find your friends you planned to meet up with, you get on the app to try and help.

The Siri application is also working on turning a phone into a digital assistant. Someone that will try to dictate your voice, tell you where things are, answer simple questions and more.

A full collaboration tool to get work done. To become more educated and to get the answers right then and there so you can get back to building your empire.

The world needs pirates and businessmen. Are you a pirate? Can you make change through the channels, or go beyond that? What can you do to make the next big thing?

It’s a big task to continue on where Steve Jobs left off. Still we must try to take things to the next level.

Very sad to hear Steve Jobs died, Just wanted to add that I didn’t do it.
see this clip – it’s good http://t.co/TGKuetMr

“Your time is limited, so don’t waste it living someone else’s life.” — Steve Jobs

I never thought I could be so busted up about the loss of someone I never met. #stevejobs